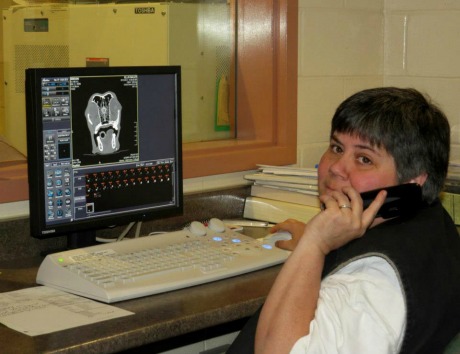 I grew up in Northeast Arkansas and worked as a human radiology technologist before entering veterinary school. I attended veterinary school at Louisiana State University, graduating in 1997. After graduation, I completed a one-year large animal internship at the Atlantic Veterinary College (AVC), Prince Edward Island, Canada. I then moved back to the South to enter a three-year residency in diagnostic imaging at the University of Georgia. I completed the residency in 2001. I am a Diplomate of the American College of Veterinary Radiology (ACVR).

After the completion of my residency, I moved back to Canada to again work at the Atlantic Veterinary College as a radiologist. I was employed from 2001-2015 as service chief of the diagnostic imaging section and residency director for the ACVR resident training program. On multiple occasions, I have been an invited speaker, providing continuing education at conferences in North America as well as Europe. I have received multiple awards for my teaching excellence and have inspired numerous students from AVC to enter the imaging specialty.

Southland Vets was founded in 2015. I had returned home to Arkansas, to visit my parents during my 2013-14 sabbatical from the University of Prince Edward Island in Canada. My aunt's dog (Dance) was sick. In order to get an ultrasound and a needle biopsy of his liver, she was told she would have to take him to Memphis for the procedure. I wondered how many other pet owners in the area had to travel long distances for specialty services like this. And just like that, the idea for Southland Vets was born!

My goal is to provide veterinarians prompt, accurate answers and build a lasting, valued relationship as part of your diagnostic team.

In my spare time, I enjoy photography and traveling. I have 2 dogs; both are patchwork Catahoulas with blue eyes. I actively train the dogs in obedience and compete in agility.

May all that have life be delivered from suffering.
Gautama Buddha

Dr. Pack was invited to provide lectures to veterinary students at the University of Nottingham, School of Veterinary Medicine and Science. Dr. Pack also participated as an observer in the admission process to the veterinary school and assisted with professionalism skills training.

Hessian Merit Award for Excellence in Teaching May 2012.

This award honors faculty members who are recognized as possessing outstanding competence in teaching. This award publicly acknowledges individuals whose work has contributed to instructional excellence at UPEI and is adjudicated by the Hessian Merit Award for Excellence in Teaching committee (comprised for individuals from different academic areas of the University).

Presidential Recognition Award of Merit in Teaching May 2012.

The Canadian Veterinary Medical Association Teacher of the Year October 2010.

This award recognizes excellence in teaching of veterinary medicine.

Pfizer Grant for Innovation in Teaching Methodology May 2010.

Development of a Computer Based E Learning Program for Diagnostic Imaging.
Public recognition and $9,950 grant.

The Vetoqinol Clinical Teaching Award May 2009.

The senior veterinary students choose the recipient.
The award states: For the interest and enthusiasm she created for veterinary medicine and the teaching excellence she exemplified in senior rotations.

This award recognizes excellence and innovation in teaching, ability, dedication and leadership.

Society of Atlantic Veterinary Students Award for Excellence in Teaching 2003.

This award recognizes excellence in teaching.

Student Chapter of the American Association of Equine Practitioners Award 1994.

Awarded by the American Association of Equine Practitioners

Rhoads WS, Neuwirth L, Pack LA. Management of Sternebral Osteomyelitis in a Horse. Veterinary and Comparative Orthopaedics and Traumatology. 2001 May; 14(2): 111-114.